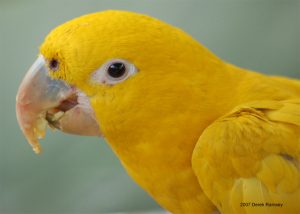 News: As of May 26, 2020, the Golden Conure has been down listed under the U.S. Endangered Species Act. As of May 26, 2020, the Golden conure will be listed as “threatened” and the USFWS has determined that, in order to enhance the conservation of the species, they will be evoking the 4(d) Rule essentially suspending the requirement for federal permits to sell the species across State lines. 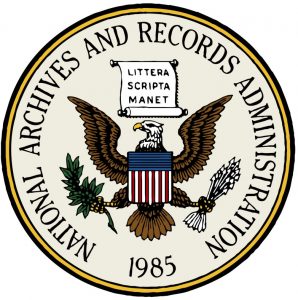 Thanks to the efforts of private breeders, the golden parakeet is no longer threatened with extinction. Although the federal government acknowledges the bird’s tenfold increase in numbers, it has refused to comply with a law that requires it to make a final decision to delist or down list the parakeet within 12 months of that finding. On behalf of a coalition of breeders and bird owners, the American Federation of Aviculture, PLF is suing the U.S. Fish and Wildlife Service to force it to comply with the law, reclassify the golden parakeet, and lift onerous restrictions that prevent breeders from selling to all other breeders.

In the 1970s, the federal government listed the golden parakeet, also known as the golden conure or Queen of Bavaria, as an endangered species. At the time, fewer than 2,500 birds were thought to exist. Since then, private breeders have significantly improved the plight of the golden parakeet and they now number between 10,000 and 20,000. Because of the bird’s improved status, the American Federation of Aviculture, a nonprofit organization representing the interests of bird owners and breeders, filed a petition to delist or down list the golden parakeet in August 2014.

AFA asked the federal government to remove counterproductive restrictions that make it hard for breeders to maintain a genetically diverse population by limiting the breeders to whom they may sell. When breeders are free to work with each other, they have better options for breeding larger, healthier flocks, further helping conservation efforts. Moreover, when the breeders can meet the public’s demand for golden parakeets, it reduces incentives for people to illegally capture wild birds.

In 2015, the government finally acknowledged that AFA had a point, which triggered a 12-month deadline for action that has long since passed. Representing AFA, PLF notified the Fish and Wildlife Service that we would sue if the agency continued to fail to issue the required finding that the golden parakeet was no longer endangered. In response, the agency said it anticipated complying with the law by the end of September, 2018. This announcement that the government would take 41 months to do what the law requires it to do in 12 months is a direct affront to the rule of law. PLF is therefore filing a lawsuit on behalf of AFA to force the Fish and Wildlife Service to act as required by the laws that govern its activities.

Additional documents relating to this lawsuit

Please make a donation today to help us continue our work educating lawmakers and legislators.